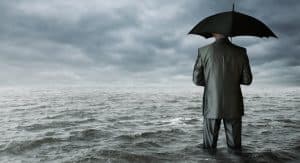 Well we have a new president and part of a new administration installed and things here in the US as well as on the global scene do not look like they are improving much, yet. I have no doubt much of it is due to the efforts of our enemies, both foreign and domestic, to test our newly elected leadership. At least that is what is displayed on the daily reports we see on our TV’s, internet sites and hear on our radio broadcasts. My question is are we headed for Hard Times?

On the domestic front we have issues dealing with illegal immigration, healthcare reform and the establishment’s political parties power struggle and their opposition to an outsider taking power in Washington.

On the world’s stage are threats against Israeli, continuing ISIS attacks who knows where next, unrest all over the Middle East, North Korea’s missile tests. Then there is China’s aggressive developments in the South China Sea and Russian troops involvement in the Syrian conflict within less than a mile of our US Troops stationed there.

With the potential for serious conflicts both within the US and worldwide that seem like they will be impossible to avoid, what can you and I do to protect and hopefully improve our family’s lifestyle in the coming months and years?

What can you or I do?

The truth is nothing you or I do will affect or change the course of where our world’s events are heading. The best we can do is work on the things that will improve each of our family’s situations. Work smart as you prepare for hard times, hope and pray for them to be not as bad as they could be.

I have faith that our heavenly father has a path for those of us who have chose to follow the teachings of his son Jesus Christ. While my faith is strong, that alone is not what my family and close friends are doing daily in small steps to prepare for tougher times. I strongly suggest you work on your plans, build your network of like minded people while times are semi normal, learn skills and train, just in case.

This site uses Akismet to reduce spam. Learn how your comment data is processed.